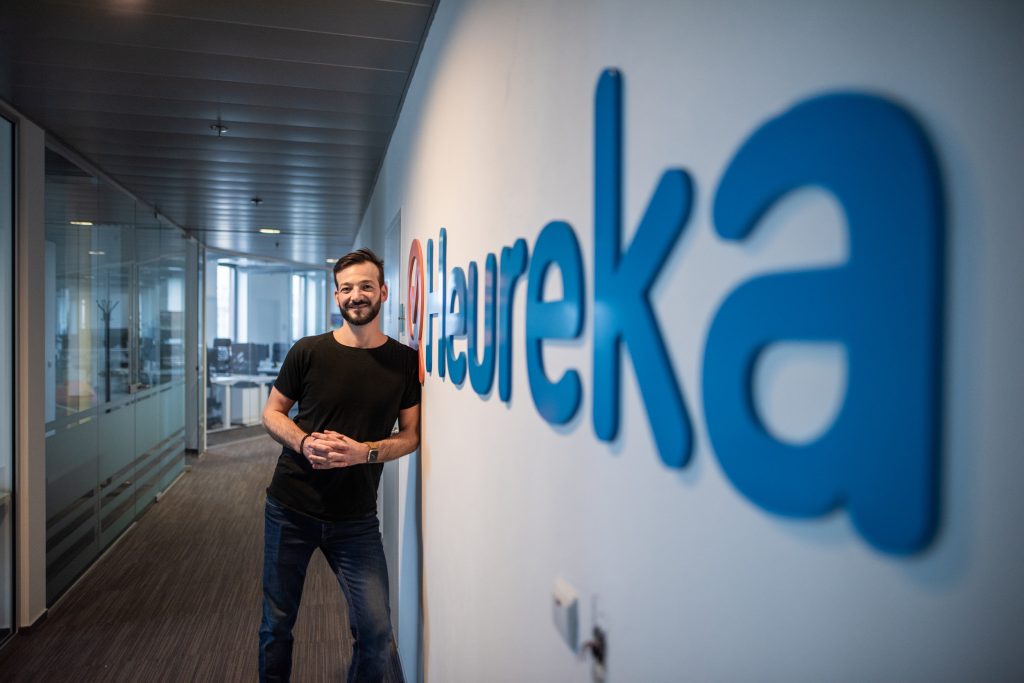 This year’s events combined with the upcoming end of the year mean one long Christmas for the world of e-commerce. Heureka Group head Tomáš Braverman agrees. But he’s not resting on his laurels. The recent investment into the Testuj.to start-up and several other promising projects is proof that Europe’s largest price comparison platform still has major plans.

What is your situation now compared to the spring coronavirus wave?
In terms of revenues we grew more during the spring wave, but that was due to year-to-year price increases in September of last year. For the entire Heureka Group it was 50 % in the spring, and now it’s 30 %. But we’re experiencing enormous success in the marketplace as well in the Heureka Cart during the second wave – in the Cart we’re experiencing year-to-year growth of 76 %.

How many products from e-shops does Heureka currently have on record?
We’ve got a catalogue made of up individual offerings from e-shops that contains hundreds of millions of items. We are also augmenting this catalogue with our own content and in the Czech Republic it currently has around 29 million SKUs. The Czech Heureka site currently features content from almost 30,000 internet shops.

Are you succeeding in zig-zagging between the triple-threat of spring wave – fall wave – Christmas?
Luckily we don’t have to zig-zag, and on the contrary are managing to surf this wave nicely. According to the numbers, it almost looks like Christmas has come early. We always tell people avoid leaving their shopping down to the last minute, and according to the current numbers it seems that’s what is actually happening. But that’s of course mainly due to the coronavirus. This year is simply a good one for e-commerce. And for us, in commercial terms, it’s been one long Christmas. 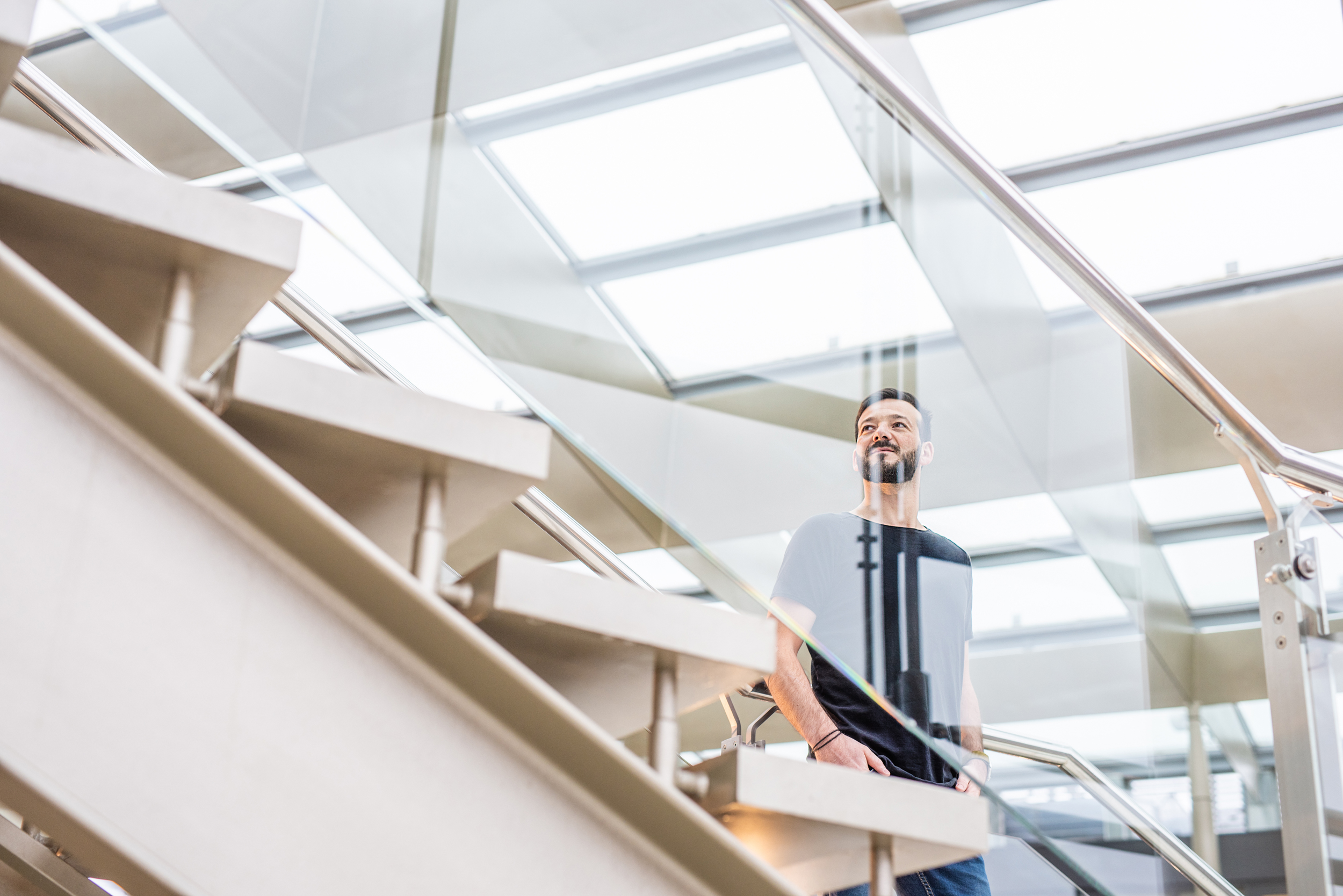 Is Heureka is still the leader on the Czech market?
That depends on what metric we use. In terms of a traffic metric from an objective source, for example SimilarWeb, we’re definitely the most-visited of all e-commerce sites. But these statistics don’t include Google Product Listing Ads, i.e. the images shown in search results: from the perspective of e-commerce volume these definitely have play the largest role.

You’re basically an anonymous service. Is it possible to estimate how many users make a purchase thanks to Heureka?
Few customers register with us and log in, but we’re able to measure visits, traffic, and user cookies according to Google Analytics. For example, in October the group as a whole had about 75 million sessions, meaning around 23 million user cookies. We can imagine this as being any device, so this doesn’t necessarily mean real users, as each of us has multiple devices. Specific purchases are hard to count, but nevertheless it is possible to estimate that for example in October we mediated two million purchases, though we of course influenced much more. This is because Heureka websites are often used to “check” prices, meaning that click-throughs and additional activity need to occur. 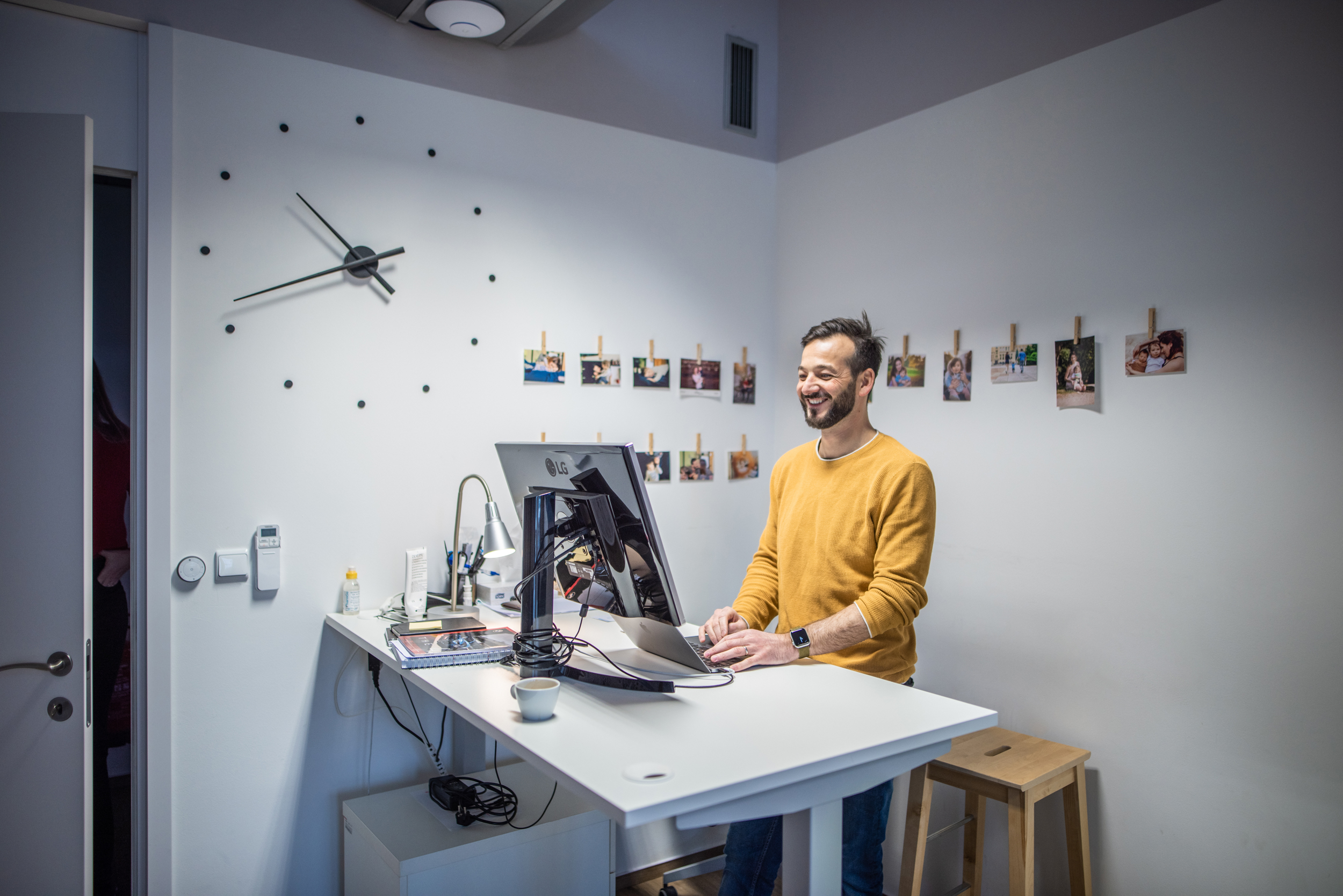 Which logically leads to the next question: how many people are just checking prices on Heureka, and then buying goods on-line or in a brick-and-mortar shop, and how many directly via Heureka?
Those are three different things. Either people purchase directly via the Heureka Cart, i.e. in our marketplace. There the revenue share tells us the most – it’s 6 % for the entire group. For the time being it’s operating “only” here, in Slovakia, Hungary, and Romania, but we’re working on a major project that will merge our websites into one international marketplace. In the Czech Republic the Heureka Cart is the strongest, it generates 10 % of all revenues from roughly 5000 orders a day. Our second business model, PPC, i.e. click-throughs to shops, makes up 85 % of total revenues, and as I already mentioned, in October, for example, it facilitated on the order of 2 million purchases. And how many purchases in brick-and-mortar shops we facilitate, something called the ROPO effect, is hard to estimate with any certainty.

Have “coronatrends” in individual countries exhibited any abnormalities?
Regardless of what measures our governments implement, the waves are the same everywhere and the impact on business is quite similar. And the peaks, when the brick-and-mortar world is closed, are quite evident.

But don’t typical specifics of individual nations and natures play a role somewhere?
It’s true that sewing machines were a “brutal” trend and a Czechoslovak peculiarity. In Hungary, on the other hand, it was hair clippers – evidently they had less patience to wait until hair salons opened. But key differences don’t exist. When people had to stay home, they bought stuff for their kitchen and garden, started exercising at home, and also bought a lot of alcohol (laughter). 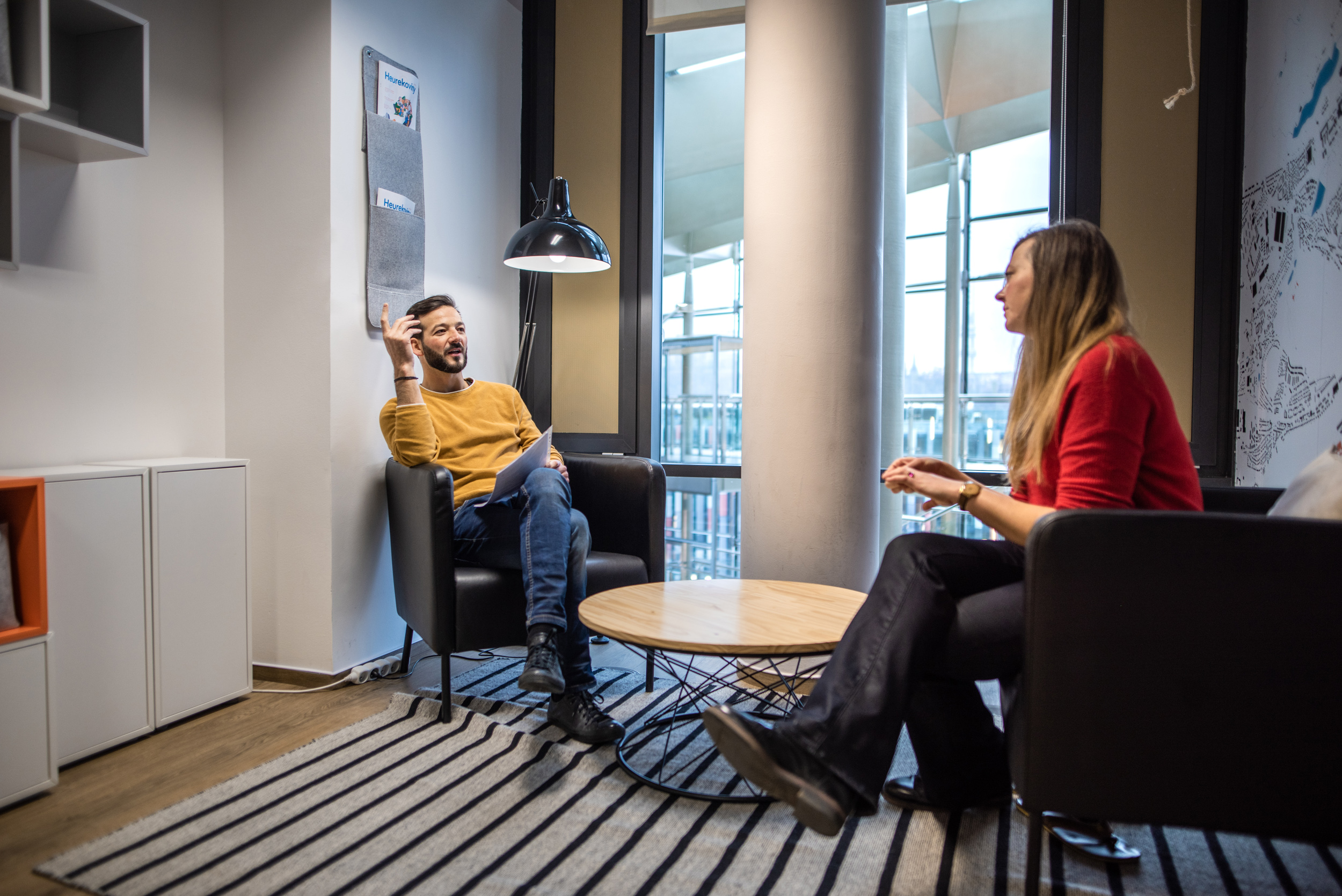 Reviews are a key component of Heureka. In September, you bought a stake in Testuj.to, a platform of reviewing communities and micro-influencers. What does your symbiosis look like in real life?
We’re in the role of a sales partner who helps with sales in Testuj.to. They arrange all testing, and we display it on Heureka. The reviews themselves are key for us. The ones from micro-influencers are rich and of excellent quality, and very objective too, which surprised even me. The testers don’t allow themselves to be influenced by anything, and are truly fair. Plus they help us obtain reviews that we don’t have from our “Verified by Customer” programme; typically these involve completely new products on the market. We can thus ensure brands receive community reviews for products they are currently launching.

Is it possible to somehow fight spam, which reviews most likely aren’t immune to either?
Our Verified by Customer programme, which allows a review to be written only after a real purchase is made, is responsible for 95 % of our reviews. Thanks to checks based on IP addresses and cookies, we can also detect reviews that were created on one device, and we then delete these. An absolute minimum of our reviews are therefore fake.

Recently you launched a Christmas campaign called “Heureka it!” What is its added value compared to a standard on Heureka?
I’ll answer indirectly. The purchase process consists of several parts. We use the See-Think-Do-Care framework. In the past, Heureka has been strongest in the Do phase, which is the purchase phase. But our ambition is to improve in the entire shopping cycle, and are trying to be better and provide good services in the area of selection of products and in inspiration. The “VHRST” campaign focuses on the earliest phase of the purchase process. This shopping advisory of ours, this “gift engine”, picks trends for men, women, children… 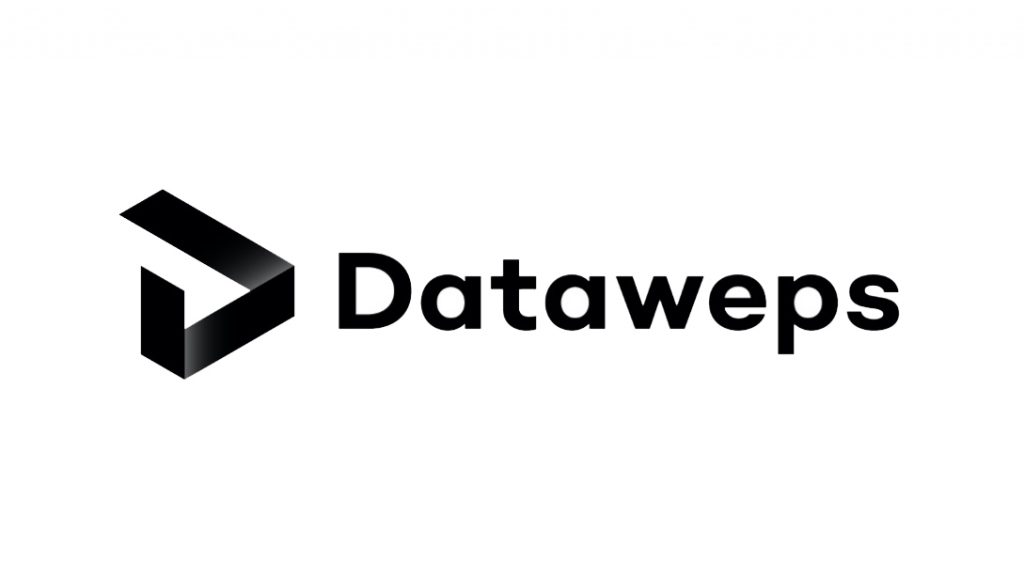 Heureka Group, the e-commerce platform with the highest traffic in the CEE region with more than 23 million users per month, recently concluded an important transaction. Dataweps, a company specialising in the creation… 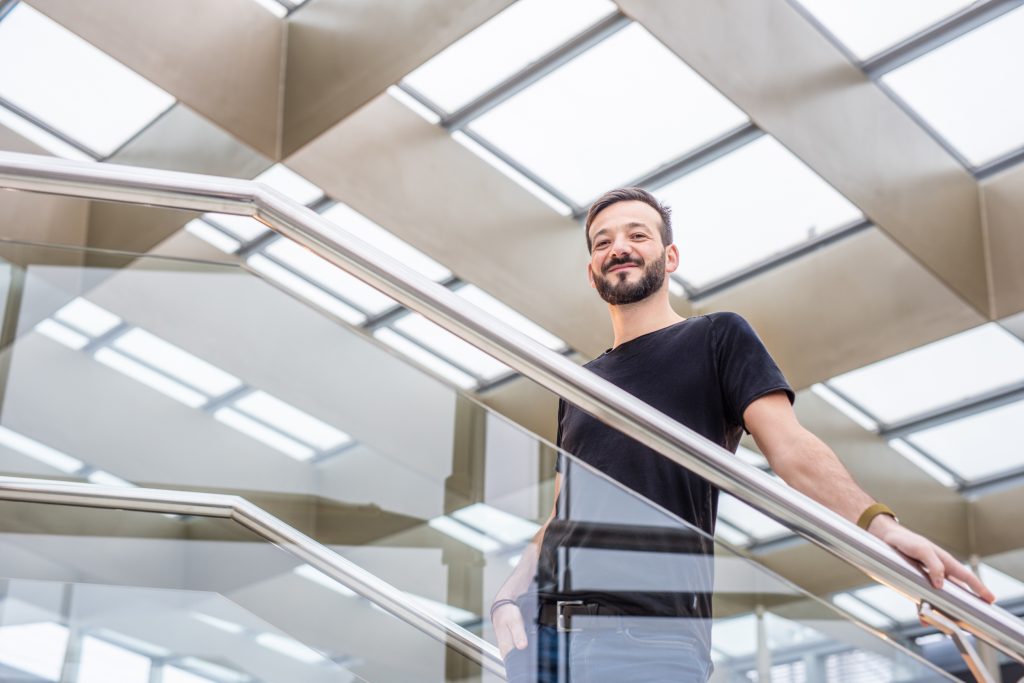 Heureka Group, Europe’s largest price comparison website group, is offering investors an attractive option for earning interest on their free cash. Between the end of November and the start of December, it will…