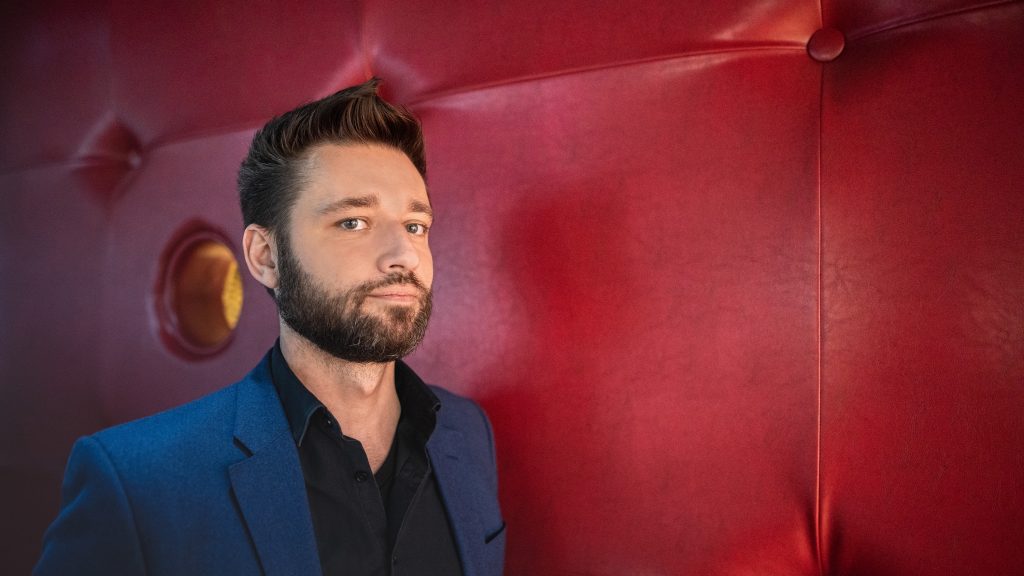 This Slovak native son is like a walking power plant, with energy to spare. He runs the successful Mall.tv internet TV channel, is co-CEO of the Czech News Center media house, and he apparently has the most subscriptions of anyone in the Czech Republic – that’s because due to his profession and interest in women’s fashion magazines Juraj subscribes to a total of 19 services and media from around the world. For the curious: No, he doesn’t have time to read it all.

What key thing has 2020 taught you?
A business is made up of people and the right team. People first. In short, I again came to the realization that when you’re surrounded by the right team, you can handle anything. That March weekend when the first lockdown began, we at Mall.tv came together and changed absolutely everything. We stopped shooting what we were shooting at the time and instead focused on the #kulturažije [#culturelives] project, which helped the cultural community. Sales began selling a completely new product, marketing re-focused too, and production was transformed into micro-teams that visited various artists. In the end we did over 250 broadcasts, and in cooperation with the Donio donation platform we collected more than CZK 13 million for culture from individual donors. It was one of the largest funding drives at the time, second only to the highly publicized drive to fund production of ventilators. And we wouldn’t have been able to accomplish any of this if we didn’t have a team of enthusiastic individuals at Mall.tv who love their work. That’s proof that it pays off to think about this.

What is the number-one rule that you follow every day in your business?
The obstacle is the way. That’s the name of a popular book by Ryan Holiday, who likes to give it away as a gift to people around him, and it’s the most important rule that I follow. What you see as the greatest obstacle is actually the greatest opportunity. I myself have experienced this several times over the course of my career. When I was thirty, I stood at a crossroads – I had spent seven years at Deloitte as a consultant, and could either accept a highly-placed partnership at the Munich office or an offer from Google. Back then I left it all behind, and despite the fact that I’d never done marketing and didn’t have the right skills, I picked Google. I jumped in head-first because I believed that it would move me forward. And I experienced the same thing with Mall.tv. Back then, everyone again thought I was crazy to leave Google, but now it’s shown itself to have been the right decision. So: The obstacle is the way. But don’t forget that of course it all has to be properly thought through.

One learns from one’s mistakes. What mistake taught you the most, and what, specifically?
I forgot to spend time on hiring talent. I made that mistake several times and it always had a big impact on the business. It’s the key to success. If you’re running a business that isn’t based on one individual and want to be successful, you have to spend time on finding talented people. I underestimated this in the beginnings of Mall.tv as well, when I thought that I’d be able to do more things myself, but all that happened was that I had no life, and the result was bad anyway. So I had to stop and rebuild part of the team from scratch. It’s a long-term mission, one where you probably can’t ever say with 100 % certainty that you’re good at it, you’re always learning, but in any case I now know that if I underestimate it and don’t spend enough time on it, it’ll come back to me like a boomerang.

What is your most important piece of advice for new entrepreneurs and start-uppers?
You mustn’t give up prematurely. Be patient and courageous. And if your business is built on the right foundations, you’ve got a market and a product you know you want to sell, don’t give up and don’t change direction. In business, persistence is key. At Mall.tv, for a long time we were also teetering on the edge of survival, but we never strayed from our path, we kept investing in quality, and in the end it paid off with an Emmy Award for the #martyisdead series.

What do you consider the greatest benefit of your business for society?
There are several; Mall.tv wants to help and provide opportunities for local creators, who are as good as those in the USA but their distribution channel isn’t as strong, but if I had to mention one thing, it’s the fact that through the eight-episode thriller #martyisdead, which drew attention to cyber-bullying, in 2020 we saved one child’s life.

What question are you asked most often, and how do you answer?
How do you manage to handle all the projects you do? I’ve conducted several interviews with candidates for top-level management positions, who often say to me: Your strategy has 140 projects, that’s impossible to manage. So I have to explain to them that I of course don’t do it all myself, that just like at Mall.tv, at CNC I’ve got a skilled team of people. This takes us back to my previous comment on hiring talent. I’m actually not important – all I can do is galvanize people around me and connect them with each other.

What life hack helps you most in your work?
I’ve got several. The first is called Ego is the Enemy, which is another book from Ryan Holiday. Regardless of what I’m dealing with, if I can suppress my ego, everything becomes simpler. The second is diet – for the past three years I’ve only been eating once every 24 hours. It’s called intermittent fasting. I started doing it because I wanted to run a marathon, but then I realized that it had additional effects. Mainly, it really speeds up your thought processes, because you don’t experience any glycemic fluctuations due to food during the day. And the third hack I want to mention is that I always do creative things prior to doing any actual work. From six to nine in the morning I’m at the office completely alone, so I’ve got peace and quiet, which ends at nine when my meetings start. 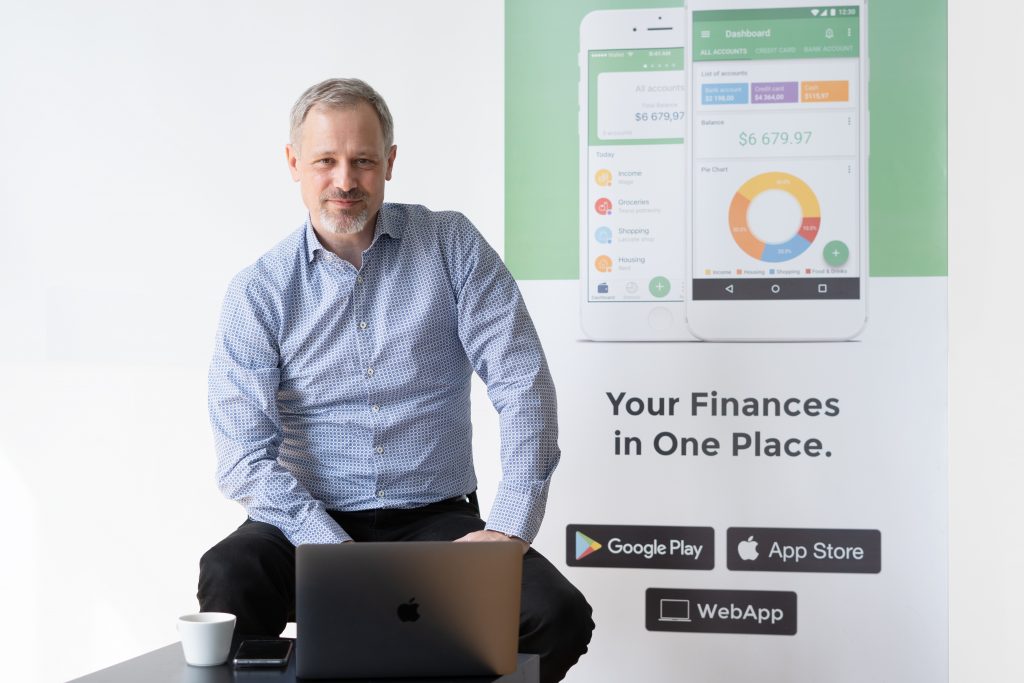 Last year BudgetBakers had their dream come true. They were the first application in the world to to provide management of finances as well as direct payment. And although its CEO, Michal Kratochvíl, is part of… 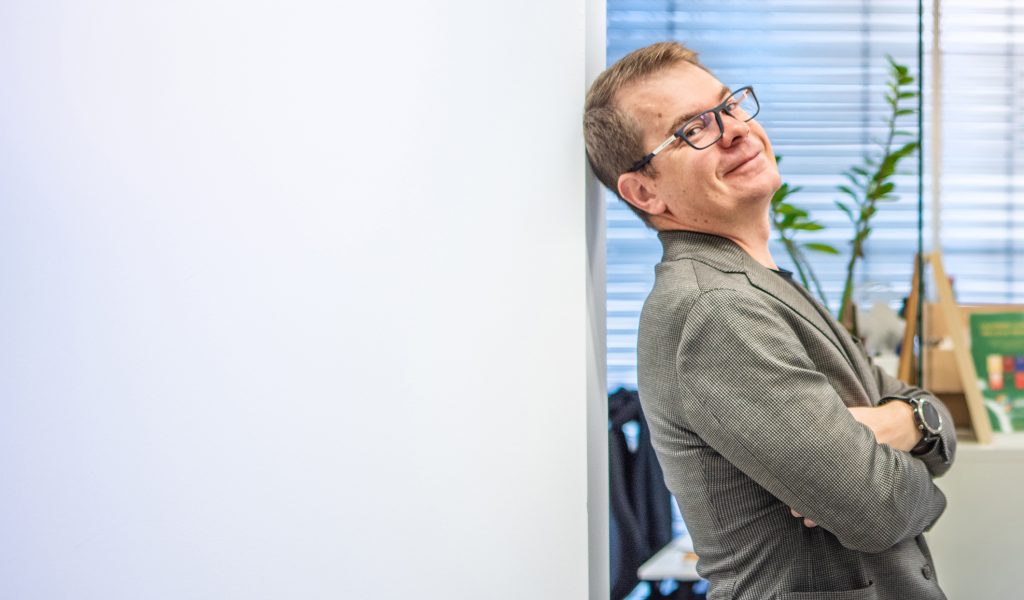