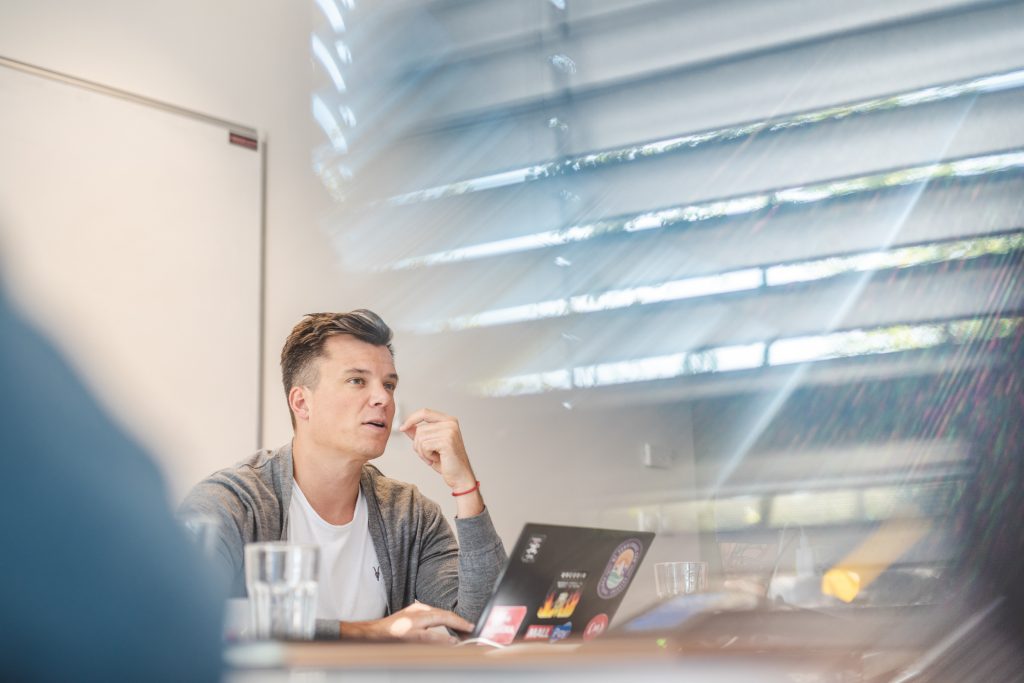 For me, the beginning of Mall Pay were hard times and one big slog. Fortunately, that is already being offset by satisfied customers and a strong team, but the past two years have been a relatively big lesson for me. I would therefore like to share these critical moments. After all, you can learn the most from them. And even if you’re not building a fintech service, you can still find inspiration for your business in them.

Today at Mall Pay, we offer a deferred payment service, extended warranties and a loyalty club, and more than 50,000 customers use us. Since our mission is to create financial services based on the needs of online shopping, we are developing a credit card, investment products and other services. We were established in 2018 as an internal e-commerce project of Mall Group, which today owns us together with ČSOB, one of the biggest Czech banks.

How did you gain the shareholders’ trust?
You’ve probably noticed that Mall Group is the first internet business which, in addition to Jakub Havrlant, billionaires from more traditional sectors decided to enter. Everyone had a clear vision: Mall Group, as a 21st-century e-commerce group, must not be only about selling goods, or rather the transaction itself. Its value added should be in, for example, financial services or creation of its own video content. However, building new verticals such as Mall Pay and Mall TV was definitely not among the priorities, especially at the time when it was necessary for Mall to undergo a complete transformation to revitalise its core business. It’s obvious that convincing the shareholders in such a situation was no easy task. What helped? Take the figures and the business plan as a mandatory element. The decisive moment is the ability to clearly state your case, to be truly in detail and to have everything thought out as well as possible. Some actual experience or verification of the business plan in pilot operation also plays a key role. At Mall Pay, we managed to take over the original technical solution and start a new company in a relatively economical manner, which was an important signal for shareholders that, besides the vision, we were also handling the executive aspect. A major breakthrough was the entry of another strong partner. In our case, that was ČSOB, but I will get to that later.

Are you looking for people with particular characteristics for the team?
Imagine that you gain the support and trust of a very strict team of shareholders and you are preparing for your first full-blown Christmas season. And? And then nothing, because due to a demanding update of the internal systems, your key partner in the form of Mall.cz drops out, so your results will fall to practically zero. This is the moment that will either cause you to fall apart or bring you together. These are tests when the team’s strength becomes apparent, or not. How can you assemble a team that will withstand such a test? For me, it doesn’t make sense to just throw a team together and hire the first person whose experience more or less fits just because you are under time pressure, you’re going to “launch” in a month and you figure something is better than nothing. If your business aspires to have a larger number users, then you need people on the team who are already thinking that way, even if you actually have only a few dozen customers. That will help you define the specific characteristics that you will be looking for among your people. When it comes to the key people, I place my bets on this combination: intelligence, motivation to build something from the ground up, willingness to take responsibility and the ability to learn and have fun at work.

Marriage of love and of reason
As if that wasn’t enough, along with taking Mall Pay out of Mall Group’s operation, we were also in negotiations on a partnership with and capital entry by ČSOB. Mall Pay’s mission is to best combine the worlds of e-commerce and financial services. In order not only to adhere to an empty slogan, you need strong know-how in both areas. Thanks to our background in Mall Group, we have had access to e-commerce expertise from the beginning and our partnership with ČSOB has fundamentally pushed us forward with respect to our knowledge of financial matters. You pretty much immediately get to product know-how and the process of evaluating the client’s creditworthiness, as well as significant distribution power. Their knowledge of regulatory issues is also of tremendous value, as it allows you to spare yourself crisis situations, which Revolut, for example, didn’t avoid at the beginning of the year. Finding a partner that provides you with know-how from the sector that you are attempting to disrupt will fundamentally push you forward as a company.

The correct business model at attempt number 104
We met with ČSOB in June 2018 and we thought that the contract could be signed by the end of the summer. The idea of fast and pragmatic due diligence quickly fell apart and, instead of that, a data room that now contains hundreds of documents was created. The business model with serial number 104 pushed us to sign the contract. By way of comparison, when I dealt with similar deals for McKinsey, fifteen or, at most, twenty versions were needed in most cases. But it is certainly not the case in this story that we were the good guys and ČSOB the strict ones. This experience is applicable for any of you who are interested in gaining a major partner or investor. These big players simply have sophisticated processes and they will not forgive you anything. Which is beneficial for you in the end, because if you can cope with it, you will strengthen your discipline and your team spirit. A few practical tips on documentation: from the beginning of your company, have its ownership and the ownership and registration of trademarks and ownership of code and other documents settled. It pays to invest in legal support at the beginning.

And here we are. From start-up origins, we moved on to a hard-won partnership with ČSOB, we are about to get a license from the Czech National Bank, and we are building a loyal customer base. And, whether you’re working on a product or service, take this invitation to look behind the scenes as assurance that failures are simply a part of business and you won’t build anything new without them. 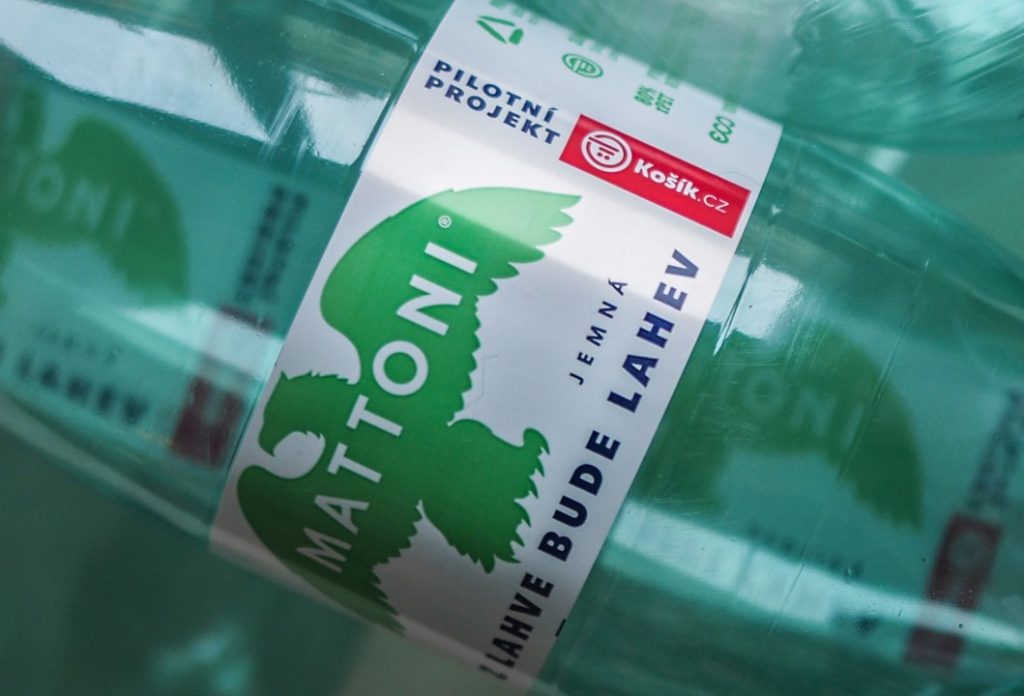 Perhaps you have noticed that, starting this Monday on Košík you can for the first time voluntarily purchase returnable PET bottles with an admixture of 80% PET. When you return such a bottle to us, we can guarantee… 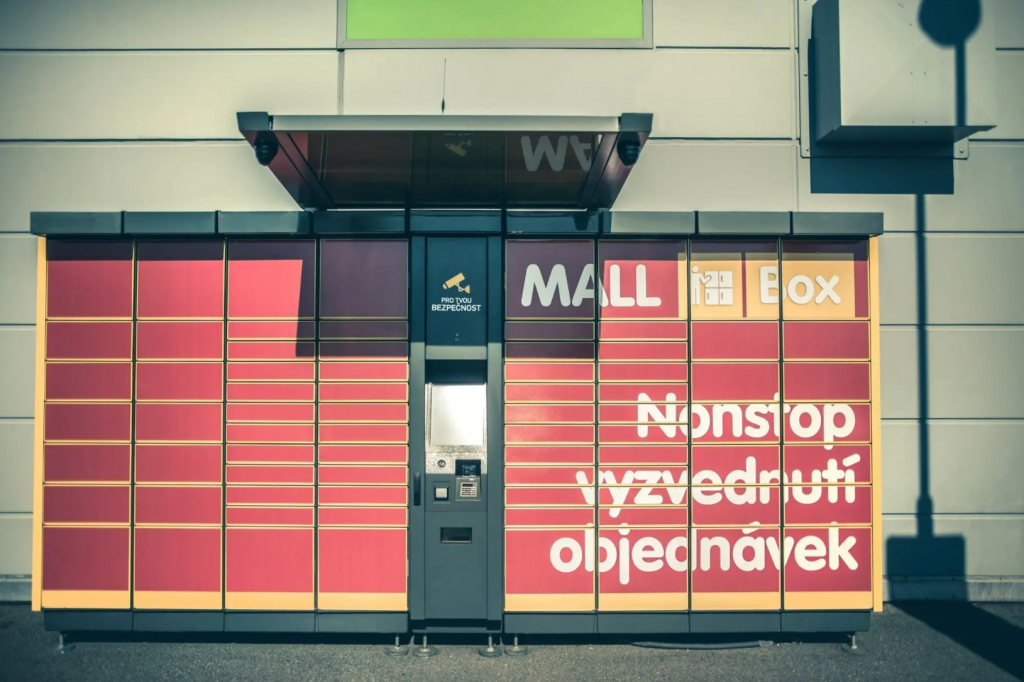 Two weeks remain until Christmas Eve and while a quarter of Czechs started this year’s Christmas preparations and shopping for gifts in September, 30% of Czechs essentially do their shopping a few days before… 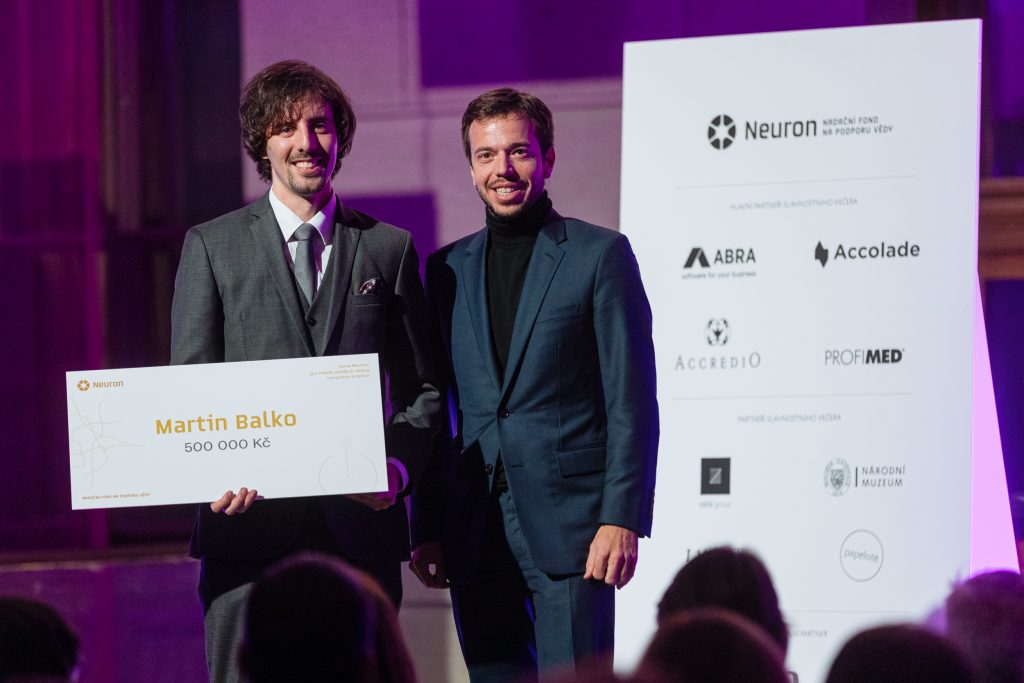 Eight exceptional personalities from the world of science received prestigious Neuron Awards on 6 November. The Neuron Fund’s patrons, including Jakub Havrlant, have donated CZK 6 million to scientists this year… .