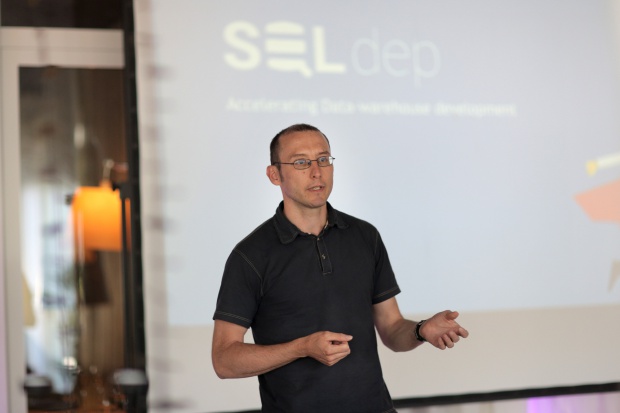 TechCrunch was the main organizer of PragueCrunch, Friday’s event where a jury chose the most interesting project from 10 finalists. The winner of the tough competition was SQLdep, a Rockaway Capital portfolio company which helps banks and other big companies map their data warehouses.

“Every big company has a data warehouse and each day developers spend hours going through it. Unmapped data flows are a huge barrier in both development and incident solving. SQLdep solves this problem in a matter of minutes,” says Martin Masarik, CEO and co-founder of SQLdep. On the competition he adds: “I think there are two reasons we succeeded at PragueCrunch. Firstly, the real disruption. There is no cloud based alternative to what SQLdep does. Secondly, we already have paying customers. We didn’t have to talk about our dreams and goals, we just told them why our current customers, such as the biggest Czech banks, are so happy with our service.

TechCrunch held PragueCrunch for the fourth time. The most recent opportunity to pitch to Silicon Valley journalists was last summer. SQLdep was first shortlisted and then won a competition against 9 other finalists.

Martin Masarik worked in data warehouse development for GE Money for more than 6 years before launching SQLdep. The part of the job which he found most annoying was searching for internal dependencies in SQL code. When he discovered that the same manual routine was being used in every single company and that no solution existed, he left the job and founded SQLdep. “There was no solution for getting rid of the most painful part of a pretty well paid job. After spending literally months of my life doing the same repetitive work I told myself: This is ridiculous how come there is no solution? It was never about the money, it was about solving the problem. And based on our current success, we are doing just that,” says Masarik.

SQLdep visualizes data flows inside the data warehouses and helps developers and analysts to quickly understand the relations in databases of medium/large sized companies. As a result, clients have access to an interactive map of SQL dependencies which is based on the real, live code and can be shared throughout the company. With its use, both clients’ development and incident resolution become faster and more effective. The same task which takes manmonths to finish is done in a matter of minutes with SQLdep. No surprise that the SQLdeps very first customer was Martin`s previous employer.

Since that SQLdep has became part of the Rockaway Capital portfolio and has grown to a team of 10. Early adopters of the service are large corporations, each willing to pay thousands of dollars per month for SQLdep. Friday’s PragueCrunch win is only another confirmation of SQLdep’s global ambitions. 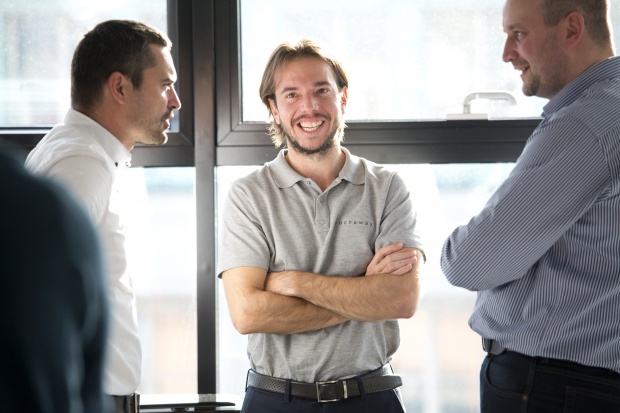 At the beginning of December, there was an interesting meeting and exchange of experience in Rockaway. On one day, more than 30 bosses as well as complete Rockaway team gathered in Černá labuť.