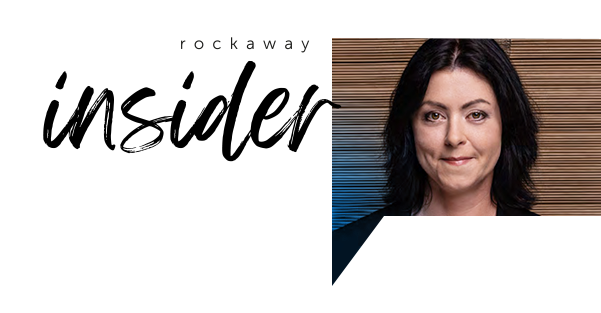 Zuzana Prokšová has been working in marketing since 2009 – during this time she worked her way up from a catalogue registrar to marketing manager at Vivantis, where in May she will mark her sixth year. At the Chrudim-based e-shop, which specializes in perfumes, cosmetics, jewellery, and fashion, and which last year achieved revenues of CZK 1.5 billion, she is responsible for a team of 30 people including contractors, and 13 e-shops. You can read about how she deals with such great responsibility in the next issue of the Rockaway Insider newsletter.

One learns from one’s mistakes. What mistake taught you the most, and what, specifically?
That’s quite a tricky question, because I’ve made a whole lot of mistakes. But one stands out above the rest. At one time I was doing marketing for a project that I was incredibly enthusiastic about thanks to its vision, despite the fact that the pay was a pittance. Anyway, after about a year and a half, it was still at the talking and dreaming stage. There was a vision, but it never went any further. No specific steps were taken and it was all just idle talk. I’d been very naive, and it took me a long time to admit that it had no future. That’s because I’m naturally a big optimist and enthusiast, and the result was a major case of burn-out and disappointment. From a financial perspective, I hit almost rock bottom. What I learned from this was that while it’s nice to listen to people’s plans and visions, but it’s also very important to look at whether they’re actually capable of realizing something. Thanks to this experience, I’m no longer inclined to believe hype, and in similar situations always ask myself: “Hey, it sounds nice, but will they actually implement it, are they doing something to make that happen?”

What life hack helps you most in your work?
Every morning when I arrive at work I do this recap of everything that’s in store for me that day and that I’d like to do that day. It’s impossible to keep it all in my head. What works for me is when in the evening, at home, I review everything point by point and decide what was a success and what wasn’t. I sort of give myself feedback. My mind is usually clearer then, and the next day I have a bit easier time working. I know what I need to concentrate on and what I need to do differently. I admit that sometimes it’s also a bit frustrating, because my to-do list is often quite crazy. But in most cases it helps me.

What inspiring book influenced you most, and should we read it?
There are several. Every book that I found interesting applies to some current life situation or problem I was dealing with at the time. The book I found most interesting in the past two years was The Inner World of Winners by Marian Jelínek. Back then I was quite preoccupied with what to do when there’s a ton of work plus you add additional problems to the mix. I was looking for a way to avoid having it drive me crazy. In his book, Mr. Jelínek says some good things about having the right mindset and mental hygiene.

How do you motivate your team when the going gets tough?
I wouldn’t really say it’s motivation, but when the going gets tough, in my view it’s mainly about your approach and about dealing with your team properly. If at the moment we’re, let’s say, in the red, I emphasize sitting down with everyone and talking openly, on the level. Don’t sugarcoat it, but assess the situation and, above all, keep calm. Identify the problem, discuss how it came about, listen to opinions, and designate the individual steps needed to solve it. It’s natural that in such situations the team gets nervous, and when you’re nervous you make mistakes. That’s why I always try to describe the situation correctly and calmly. So far it’s always worked, because thanks to that people caught their breath and often even came up with a solution.

How do you keep a level head?
Keeping a level head is this lifelong training programme for me. Above all, it’s my father’s doing. Regardless of what was going on, he always tried to talk to me in a very rational way. Sit down, calm down, define what happened, why, what are the consequences, and what I can do about it. Go for a walk, for example, but above all don’t make a snap decision under the influence of emotions, because when you’re panicking, you often don’t make the right decision. But I’m not saying that that’s always how I act – sometimes I also have the tendency to fly off the handle.

Which work-related decision got you where you are today?
I often recall how my manager at Vivantis came to see me and asked me if I wanted to be head of performance marketing. I admit, I had some trepidations. Back then I had no experience with leading a team, plus it was full of guys. While I was thinking it over I realized that I didn’t want to be one of those people who just prattle on about how everything could be different and better. I see a lot of people like that around me, and as soon as they’re supposed to make a decision, they backpedal. I didn’t want to be one of them, and so said yes and stared working on implementing my suggestions.

Which of your skills do you work on because you consider it to be the most important in the future?
I’m not sure if it’s really a skill, but I’m trying to learn to rest. In this respect I’m crazy, because when I enjoy something or become enthusiastic about something, my head starts up, takes off, and goes non-stop. If you operate like this over the long term, you then start getting tired quickly, your brain doesn’t work as well, and you start getting irritated by things you would normally be fine with. Even when I try to put on some series or pick up a book, my mind is always zooming off elsewhere. Alas, you only realize how important this is once you take a fall. Recently I managed to take some vacation time, tune out, relax, and just be. I forgot about work for a while and guess what – my mind is quicker and I’m dealing with things in a calmer and more level-headed manner. And it’s getting better all the time. 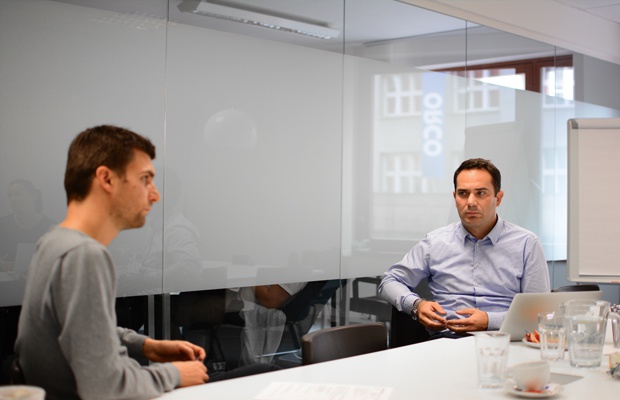 Vivantis has gained a new partner – E-commerce Holding, co-owned by Jakub Havrlant’s Rockaway Group and Daniel Křetínský’s and Patrik Tkáč’s Czech Media Invest. The company will continue to be managed…