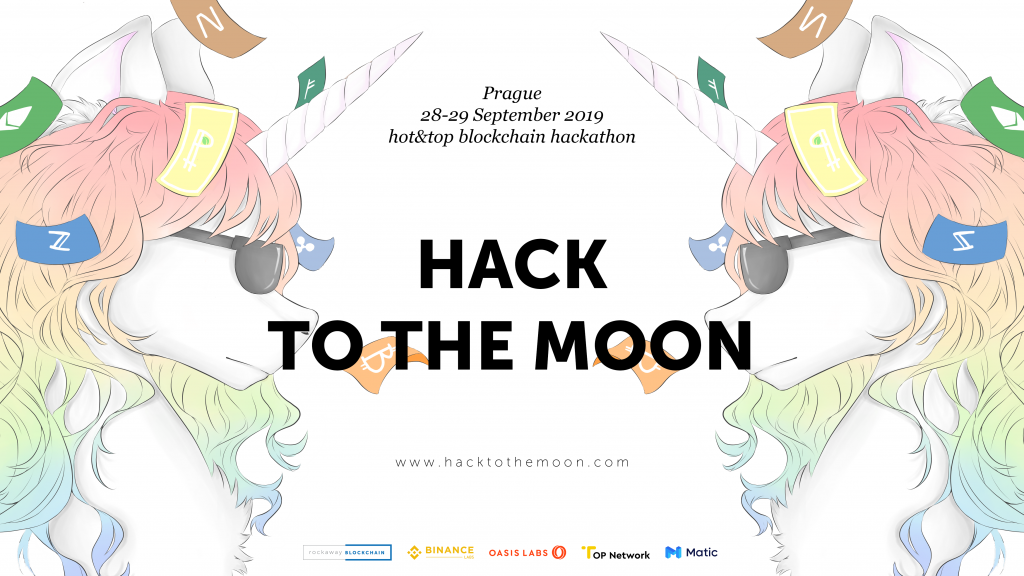 Today Rockaway Blockchain launched preliminary registration for the Hack to the Moon event, which is enticing due to international representation and the promise of being the first event of its kind in Prague. At Paralelní Polis on the weekend of 28-29 September, teams of hackers will work on overcoming challenges that are being prepared by globally renowned companies: the cryptocurrency exchange Binance, cloud platform developer Oasis Labs, communication network Top Network and Matic, an Ethereum transaction scalability platform.

“Blockchain involves a lot of exciting things, one of which is the fact that it is an area in which you can have a truly global impact and that’s what matters to us at Rockaway. Therefore, we wanted to bring to our first hackathon representatives of global companies and to mediate valuable contacts for the local community,” says Viktor Fischer, head of the blockchain division at Rockaway Capital. Throughout the event, hackers will have access to the representatives of all of the aforementioned companies in the role of mentors.  The ten experts on hand will include, for example, Teck Chia and Flora Sun of Binance. At stake are not only prizes in the total value of more than EUR 12,000, but mainly interactions with key people from global projects in the field.

Individuals and teams with up to four members will be able to register to work on individual topics that will be published at the beginning of September. “At this time, we can confirm that everything created in the course of the hackathon will be published as open-source,” Fischer adds.

Paralelní Polis was the obvious choice for the venue. “There are not a lot of other institutions that could do as much for crypto as Paralelní Polis,” say Viktor Fischer, explaining the choice of venue. Paralelní Polis is backed by the art group Ztohoven, whose primary focus is on education of the general public in the areas of digital security and cryptoanarchy. It experiments with cryptocurrencies and the bitcoin economy, self-sufficiency and open-source technologies. Through its activities, it strives to contribute to critical discussion of current topics and the problems of modern society. It is also home to Bitcoin Coffee, the world’s first bitcoin café, the Paper Hub coworking space, the Institute of Cryptoanarchy multipurpose facility and other original projects.

Rockaway Blockchain’s portfolio contains nine projects. The team has been working on it since January 2018, when Jakub Havrlant’s investment group came to the decision to begin actively focusing on this new field of the decentralised economy. Over the course of 18 months, the team has, among other things, implemented investments jointly with the global funds Sequoia and Andreessen Horowitz.

The hackathon will serve as the advance guard for the Hackers Congress, which Prague will host a few days later and the main partner of which is Rockway Blockchain. This year, Paralelní Polis is organising the sixth edition of the Hackers Congress, whose main theme is opt-out. Major figures from various areas such as cryptoanarchy, hacking, the sharing economy, liberalism and cryptocurrency will again come together in Prague for the event. David Chaum, Nick Middleton, Luis Cuende and Robin Hanson have confirmed their participation in the congress, for which only the last few tickets remain available.