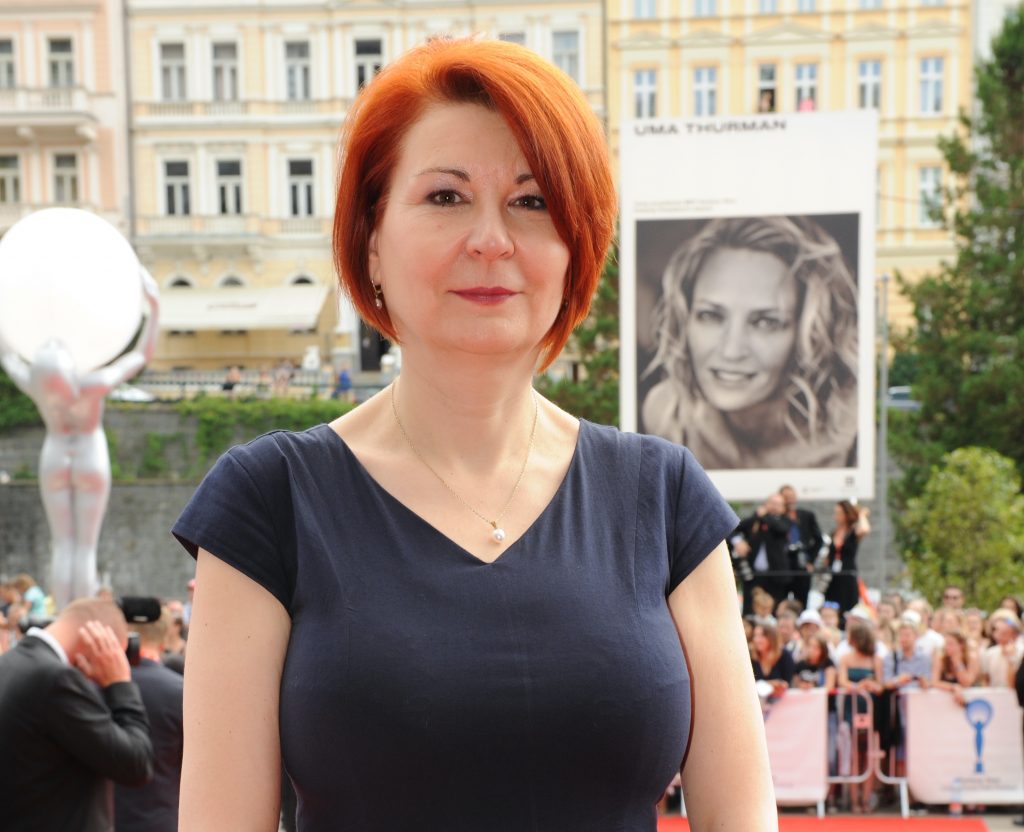 It would be hard to find a bigger expert on film and cultural PR than writer, dramaturge, scriptwriter, and above all PR manager and spokesperson of the Karlovy Vary MFF, Uljana Donátová. Her name has been linked with the festival for over twenty years now, and so there are really very few situations she hasn’t experienced. And each year she looks forward to the festival as much as she did at the start of her career. Except – as she admits – she’s much more sure of herself now.

One learns from one’s mistakes. What mistake taught you the most, and what, specifically?
I guess every mistake teaches you the most. I’ve been with the festival for twenty-two years, and over the years I’ve made a few. But rather than mistakes they’re usually crises, when something unforeseeable or unexpected happens due to the festival’s fast pace. Once we’d done a perfect test run of a very important film projection, and then the equipment betrayed us and the film jammed. Because a festival guest was present, it was quite unpleasant. Another time, in a programming segment that we have at the closing, we were recalling film personalities who’d died during the past year – and we included someone very much alive at the time – Stanislav Fišer, who alas really did die recently. For me, this meant a whirlwind of questions from journalists. Mistakes like that happen when you have information overload. I also recall that once we arranged some buses to make it easier for journalists to get to Karlovy Vary, the contract had been confirmed, the journalists arrived at the meeting point… and no buses anywhere. The company had gone under and didn’t let us know. In these situations, you’ve simply got to know how to deal with them and know exactly who is responsible for what so the problem can be eliminated.

Which work-related decision got you where you are today?
When I was offered a job with KVIFF, I was working for the Kinobox programme, and was faced with the decision whether I should stay or devote myself completely to the festival. Back then a crisis came, the programme ended, and I decided once and for all that I’d devote myself fully to the festival. I’ve never regretted this career decision and will likely never do so.

What inspiring book influenced you most, and should we read it?
Once in college I was sick and read One Hundred Years of Solitude (Gabriel García Márquez).. I’d always been afraid of the book, that it would be too hard, but finally I read it in one go, was utterly enchanted by it, and re-read it several times over the next ten years. I wondered whether it would seem as emotive to me as it had the first time around, and I have to say that it did.

What is the number-one rule that you follow every day in your business?
Honesty. I try to approach everything I do with the utmost honesty and humility, and so far it’s paid off.

How can one stay calm when the company is having a crisis?
In my case, as I get older, I’m calmer. (laughter) Because I’ve been with the festival for so long and I’ve got a certain amount of experience, things that could rattle me in my first few years are easier for me to handle and make me less nervous. My motto is “don’t react impulsively”. When a crisis occurs, I don’t sit down and write a spontaneous response that I could regret an hour later, or, rather, I do sit down and write it, but don’t send it, I take a few deep breaths, have a coffee, delete the email message, and deal with everything more calmly.

Which of your skills do you work on because you consider it to be the most important in the future?
This is related to what I said before: I try to calm myself down and correct myself so that I think things through and don’t react impulsively.

Where do you find inspiration for more ideas?
Everywhere I can! Working for the festival you gather experience and then use it. Our work changes because the industry changes. We work with journalists and I have to constantly monitor how the media scene is developing. And over these past twenty years, it’s changed diametrically. Back then we did have the internet, but there weren’t any social networks, and the mix of journalists was different. The pace of work has changed. Now, when something happens, it’s basically live. For us, it’s important to monitor trends, evolution, and how the nature of individual media is changing, trends in news reporting, in public affairs, and so on.