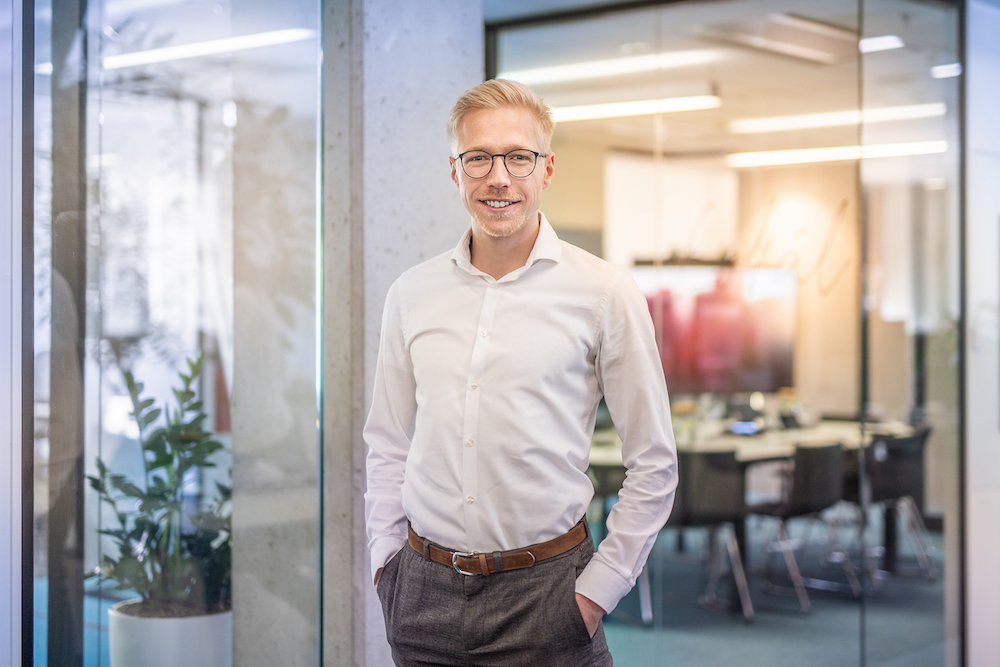 A nice and friendly nature combined with high intelligence, strong will, and the desire to constantly learn and develop – that’s David Rakušan, who two years ago became another important building block in the Rockaway Blockchain Fund. As investment manager, he’s primarily responsible for portfolio management, but in a few months he’ll be taking a year-long break because he’s getting ready to do an MBA at Singapore’s prestigious INSEAD.

One learns from one’s mistakes. What mistake taught you the most, and what, specifically?
I’m an optimist at heart, but at a certain point I realized that I’ve got to rein in my optimism. I used to recklessly believe everything, which of course backfired on me and cost me a lot of time. I wasn’t sufficiently critical of my surroundings, or even of myself. I had to learn to do my own due diligence – in the past, for example, I’d invested my own funds without sufficiently understanding the asset, or spent time on projects that didn’t make much sense, which in the end cost me money and, above all, time. It taught me that I’ve got to approach things properly and go over possible scenarios, both positive and negative.

Which work-related decision got you where you are today?
Three years ago, Viktor Fischer and Dušan Kovačič (note: Managing Partner at RBF and CIO of RBF) came to RSJ Investments, where I worked, for a possible investment in the Rockaway Blockchain Fund. At that time, they were basically starting out and looking for their first investors, and I analyzed the fund because I was on the team that focused on fund investments. The both seemed like enormously capable people to me, but they were just starting out and hence even for RSJ they represented a significant risk. Although RSJ didn’t trust blockchain back then, I said to myself that cryptocurrencies, blockchain, and Web3 would grow, plus in the Czech Republic there was no other investment group that wanted to focus on blockchain professionally.I was confident that the Rockaway Blockchain Fund was capable of going places. That’s why I decided to contact Viktor and Dušan and tell them I wanted to work with them, with the intent of joining them. In the end that came to pass and I was able to start fully focusing on investments in Web3. This decision was a critical one, and I thus changed the direction of my career. I’d been interested in blockchain even before that, but back then there weren’t other opportunities in the investment world that I liked.

What inspirational book influenced you most, and should we read it?
In recent years it’s been Lifespan: Why We Age – and Why We Don’t Have To by David Sinclair, which became a bestseller in both the USA and the Czech Republic. He writes about anti-aging and biohacking, but in a relatively sophisticated way, and everything is backed up by scientific studies. David Sinclair is a professor at Harvard Medical School, where he runs a research lab. The book opened my eyes to the fact that in recent years medicine has made huge strides and that there are ways of living longer, that science is quickly gaining an understanding of the aging process, and that everyone at any age can do something about it. For example, I’ve already started fasting, which cleanses the body. If your body receives no calories, it starts to draw energy not only from fat reserves, but also from harmful things like cancer-causing cells or poorly assembled proteins. At the same time, fasting helps to significantly reduce your sugar level, and a high sugar level is poison for the body. David Sinclair’s book is four years old, but there’s also a podcast with up-to-date information.
If I didn’t work in blockchain and Web3 I’d be working in biotech and would probably be investing in bio-technologies. I think that this promising sector is experiencing a revolution and will experience long-term growth.

What is the number-one rule that you follow every day in your business?
Look for your own opportunities. You can’t be passive and wait until something lands on your plate. There are always ways of getting to your goal. It’s like my aforementioned move to Rockaway – nobody came to me and said: “Hey, come work for us.” That’s why I try to look for opportunities as much as possible.
Another important thing is that I always try to go the extra mile. If we’ll have three people that are the same but one does something extra, for example spends more time, energy, and attention on a task, he’ll be more likely to win. It always depends on how much you want something.

What was the best investment in your life?
Probably time invested in myself. When I was attending at university in Birmingham, I decided to invest lots of time in training for the Ironman triathlon. After finishing university I wanted to go that extra mile, and so I decided to continue my studies and obtain CFA certification. And now, starting in July, I’ll be spending a year doing an MBA at INSEAD in Singapore (note: Institut Européen d’Administration des Affaires). I like achieving something that initially seems unrealistic.

What life hack helps you most in your work?
Getting up early helps a lot. I get up at five and then I’ve got time for myself till eight; I read, I study, or for example I spent time on MBA applications. Nobody calls me, nobody interrupts me, everyone’s sleeping, and I’ve got a good feeling that I’m going the extra mile. But on the other hand, I go to bed at nine, because after nine o’clock I’m already quite passive, so I sleep eight hours. Already back in university I said to myself that I’ll start getting up at 6:00 a.m.; back then I was preparing for the Ironman competition, which taught me to get up early. I realized that I can do it and that I’m actually a “morning person”.
At the same time, I don’t force it – we travel a lot due to the fund, or sometimes I attend social events in the evening… In that case, of course, I can’t get up at five.

In what situations does it pay off to take a financial risk?
Mainly when you’ve got the “risk-reward” relationship calculated properly: how much you’re risking and how much you can gain. Which sounds pretty general (laughs). But what I want to say with that is that those sorts of situations occur in bear markets, for example, which are the biggest opportunities for investment and the greatest future profits. When shares are down, it’s better to invest in a diversified portfolio (for example the ETF fund, which follows the S&P 500 index) over the long term, like 10 years. Basically we’re thus betting on the fact that the negative economic situation or period of uncertainty and fear won’t be here forever. History has demonstrated that after a few months to years the economic situation improves – and that’s when the profits arrive. But you have to calculate and understand the risk.