In the latest article in the “Humans of Rockaway” series, we will talk about Jakub Losenický, who is currently a Project Lead at Rockaway. You won’t meet Jakub in our offices on Tuesday, because that’s his day at Bringmeister’s head office in Berlin, where he is responsible for Rockaway’s activities in the company’s management. How did he come to be given such responsibility at Rockaway? You will find out this and more in the following article.

One’s first impression of Jakub is that of a modest and self-confident individual who gives off a sense of calm and level-headedness. But the spark in his eyes is a sign of great ambitions, as is his hard work. This is supported by his life story: so far he has managed to graduate from Economics at Prague’s Charles University, obtain his MSc from the famous Stockholm School of Economics, found a start-up, and soon after joining Rockaway, to become an important individual in the merger of Košík and Koloniál, especially building a Business Intelligence in the newly created company.

But first things first. The fact that Jakub chose a career in business after completing his university education is no coincidence. After all, as he himself says: “I was interested in politics and economy since I was twelve. Every day, I read Hospodářské noviny. At one time, I even toyed with the idea of becoming a politician. But in gymnázium [high school] I decided to focus on economics and business after reading Tomáš Sedláček’s book Economics of Good and Evil.

In his fourth year of gymnázium, Jakub decided to follow his dream and attempted to apply to several renowned universities in the USA. Though the attempt was unsuccessful due to his insufficient knowledge of English, he didn’t allow this to deter him. After receiving his Bachelor’s degree from Charles University he tried again, the only difference being that in the meantime he’d fallen in love with Scandinavia. The choice was clear: he applied to the prestigious Stockholm School of Economics, and this time successfully. But his road to education abroad was almost interrupted by another opportunity that arose when Jakub was on a trip with friends from his Scout troop.

Redukto: First steps in business
“Back then I was travelling to Romania by train with a group of friends from my Scout troop, and one of them and I had and idea for a platform that we later called Redukto. Our aim was to collect demand for a specific product and then pick the supplier with the lowest price in an auction. Very soon I became the founder and CEO, while my friend provided the finances. I rounded up a few more friends, and soon we had five programmers who helped program the platform for us. The problem was when we tried to take our product to the market. We’d grossly underestimated our go-to-market strategy, and as a result were unable to round up a sufficient number of customers.”

Jakub was faced with a choice. To ensure the success of Redukto, he’d have to commit all his time and energy. However, that would have meant setting everything else aside, including his dream of attending university abroad. In the end, Jakub chose school, and says he doesn’t regret it. “School gave me so much in life, including two years of experience in Sweden, which would most likely not have happened if back then I’d given priority to business.” When we’re talking about experiences that play a significant role in Jakub’s life, we can’t forget about his love for adventure, especially for the aforementioned Scouting.

Find friends and adventure
In the world of business having sharp elbows is expected, if not downright required. As a naturally competitive type, Jakub is very well aware of this. Nevertheless, his approach to work-related things, and especially to dealing with people, is often different from the norm in the business world. The reason is his lifelong passion for Scouting, which he began doing in Grade 4 in his home town of Nasavrky.

“In my home town, the smallest town in the Pardubice Region, there’s wasn’t much opportunity for things to do aside from traditional small-town activities like soccer and the firefighters’ club. And so aside from playing soccer for the local team, I started going to Scout meetings at the behest of a classmate.”

Though they’re two very different worlds, Jakub tries to transfer positive experiences from them in both directions. In business dealings he tries to be friendly, open, and level-headed. In the world of Scouting, on the other hand, where he is now the leader of the Scout centre in Nasavrky, through his professional experience from Rockaway, he tries to promote structured meetings and effective performance of tasks related to the centre’s activities. It must be noted that Jakub began gaining important experience at Rockaway very soon after his arrival.

A bet on Rockaway
His bet on a career with Rockaway began in his second year at the Stockholm School of Economics. “Rockaway always had a high profile, and as a regular newspaper reader I had a certain awareness of their activities. I liked that it was a young and courageous company that’s not afraid of getting involved with large international projects. I was in my second year in Sweden and knew I wanted to return to the Czech Republic.” His first step was to answer an ad for the position of Project Lead at Mall.cz. Although in the end Jakub didn’t have the time to be able to take the job, he was offered he opportunity to participate in the Rockaway Academy – a work term during which students or graduates can experience what it’s like to work at a venture capital company. When starting at the academy Jakub knew what he wanted: “My goal at the end of the work term was to be offered a full-time job. The work term lasted two months and immediately afterwards I got an offer. So success!”

His first big success was followed by a major challenge: jumping feet-first into Košík.cz, where he became Jan Jírovec’s right-hand man during the merger of Koloniál and Košík. His main task back then was to implement a brand-new BI strategy and build the data department from scratch. Currently he’s Dušan Zábrodský’s right hand, and together with Peter Mahdal and Sergei Manthey is responsible for coordinating Rockaway’s activities in managing Bringmeister in Germany. We also can’t forget his activity in the recently founded Rockaway Ventures Fund, where he put together an ESG strategy, developed a methodology for assessing investments from the perspective of their sustainability, and thus significantly contributed to the key idea of socially responsible investment.

And what does Jakub appreciate most about Rockaway? “I appreciate an entire number of things. Rockaway has always given me interesting opportunities and major challenges. Definitely freedom and and trust in my work, too. I have a great amount of leeway to do things the way I need to do them. I also appreciate being seen as a partner, which is something I’m familiar with from Sweden, and which for me is an important aspect of Rockaway’s culture. Nobody changes the way they communicate depending on who they’re talking to; we’re equals. We have a friendly, even family environment. I can definitely say that I like going to work.” 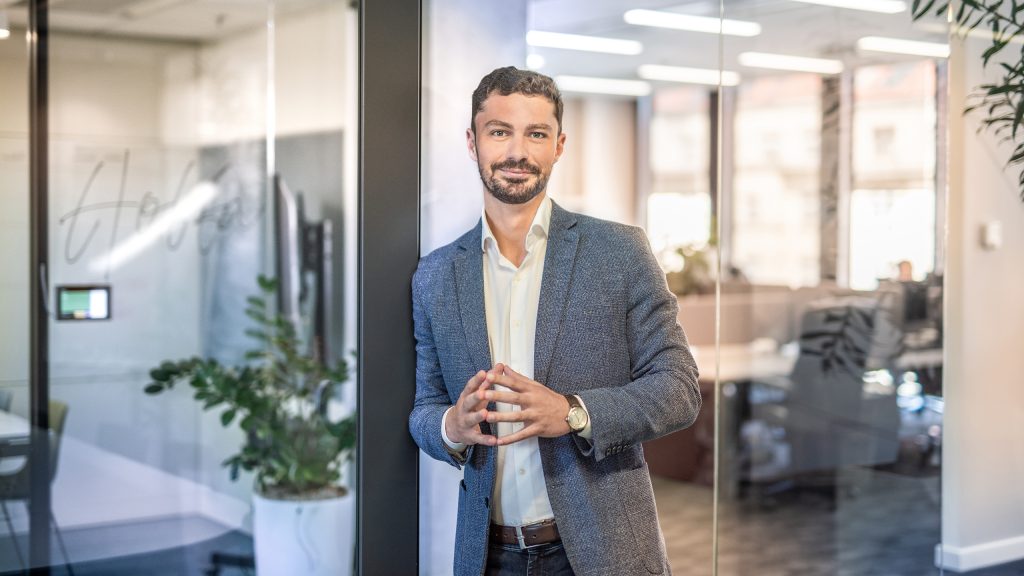